Some of the new releases coming this October season examine how to deal with a crisis, yes, you know where I am going with this, during a time of multiple – non-stop crises , it’s extremely fitting.   These books, both fictional and true in nature, deal with how people respond to the challenges of change, hardship and uncertainty.  All challenges that anyone living through 2020 has encountered on a virtually constant basis.

Read More: Dig deeper into Netflix’s “The Social Dilemma” with these books on the dangers of Social Media

In the literary world, possibly, and this is a stretch, because of COVID-19 and stay at home orders, hundreds of books are set to be published this month. With so many different titles and genres to choose from, we have narrowed down and selected a handful of some of the most inspiring books that we could find.

We’ve included information from the publishers as well as options to purchase. Most of the books are set to be released during October with pre-order options available.

The Searcher by Tana French

Release date: October 6, 2020. A spellbinding, propulsive new novel from the bestselling mystery writer who “is in a class by herself.” (The New York Times). “One of the greatest crime novelists writing today” (Vox) weaves a masterful, atmospheric tale of suspense, asking what we sacrifice in our search for truth and justice, and what we risk if we don’t.

Cal Hooper thought a fixer-upper in a bucolic Irish village would be the perfect escape. After twenty-five years in the Chicago police force and a bruising divorce, he just wants to build a new life in a pretty spot with a good pub where nothing much happens. But when a local kid whose brother has gone missing arm-twists him into investigating, Cal uncovers layers of darkness beneath his picturesque retreat, and starts to realize that even small towns shelter dangerous secrets. Click to See “The Searcher” and help Independent Bookstores. Also available on Amazon.

Leave the World Behind by Rumaan Alam

Release date: October 6, 2020. A magnetic novel about two families, strangers to each other, who are forced together on a long weekend gone terribly wrong. Amanda and Clay head out to a remote corner of Long Island expecting a vacation: a quiet reprieve from life in New York City, quality time with their teenage son and daughter, and a taste of the good life in the luxurious home they’ve rented for the week. But a late-night knock on the door breaks the spell. Ruth and G. H. are an older couple–it’s their house, and they’ve arrived in a panic. They bring the news that a sudden blackout has swept the city. But in this rural area–with the TV and internet now down, and no cell phone service–it’s hard to know what to believe.

Should Amanda and Clay trust this couple–and vice versa? What happened back in New York? Is the vacation home, isolated from civilization, a truly safe place for their families? And are they safe from one other?  Suspenseful and provocative, Rumaan Alam’s third novel is keenly attuned to the complexities of parenthood, race, and class. Leave the World Behind explores how our closest bonds are reshaped–and unexpected new ones are forged–in moments of crisis. Click to See “Leave the World Behind” and help Independent Bookstores. Also available on Amazon. 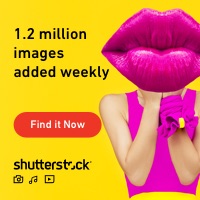 Ten Lessons for a Post-Pandemic World by Fareed Zakaria

Release date: October 6, 2020. Lenin once said, “There are decades when nothing happens and weeks when decades happen.” This is one of those times when history has sped up. CNN host and best-selling author Fareed Zakaria helps readers to understand the nature of a post-pandemic world: the political, social, technological, and economic consequences that may take years to unfold.

Written in the form of ten “lessons,” covering topics from natural and biological risks to the rise of “digital life” to an emerging bipolar world order, Zakaria helps readers to begin thinking beyond the immediate effects of COVID-19. Ten Lessons for a Post-Pandemic World speaks to past, present, and future, and, while urgent and timely, is sure to become an enduring reflection on life in the early twenty-first century. Click to See “Ten Lessons for a Post-Pandemic World” and help Independent Bookstores. Also available on Amazon.

Release date: October 6, 2020. In the modern world, everything is connected, including how we kill. A group of Colombian soldiers prepares to raid a drug lord’s safe house on the Venezuelan border. They’re watching him with an American-made drone, about to strike using military tactics taught to them by U.S. soldiers who honed their skills to lethal perfection in Iraq. In his debut novel Missionaries, National Book Award-winning author and Iraq War veteran Phil Klay examines the globalization of violence through the interlocking stories of four characters and the conflicts that define their lives.

For Mason, a U.S. Army Special Forces medic, and Lisette, a foreign correspondent, America’s long post-9/11 wars in the Middle East exerted a terrible draw that neither is able to shake. Where can such a person go next? All roads lead to Colombia, where the US has partnered with local government to keep predatory narco gangs at bay. Mason, now a liaison to the Colombian military, is ready for the good war, and Lisette is more than ready to cover it. Juan Pablo, a Colombian officer, must juggle managing the Americans’ presence and navigating a viper’s nest of factions bidding for power.

Meanwhile, Abel, a lieutenant in a local militia, has lost almost everything in the seemingly endless carnage of his home province, where the lines between drug cartels, militias, and the state are semi-permeable. Drawing on six years of research in America and Colombia into the effects of the modern way of war on regular people, Klay has written a novel of extraordinary suspense infused with geopolitical sophistication and storytelling instincts that are second to none. Missionaries is a window not only into modern war, but into the individual lives that go on long after the drones have left the skies. Click to See “Missionaries” and help Independent Bookstores. Also available on Amazon.

Release date: October 20, 2020. Our story begins in 1902, at the Brookhants School for Girls. Flo and Clara, two impressionable students, are obsessed with each other and with a daring young writer named Mary MacLane, the author of a scandalous bestselling memoir. To show their devotion to Mary, the girls establish their own private club and call it the Plain Bad Heroine Society. They meet in secret in a nearby apple orchard, the setting of their wildest happiness and, ultimately, of their macabre deaths. This is where their bodies are later discovered with a copy of Mary’s book splayed beside them, the victims of a swarm of stinging, angry yellow jackets. Less than five years later, the Brookhants School for Girls closes its doors forever–but not before three more people mysteriously die on the property, each in a most troubling way.

The Cold Millions by Jess Walter

Release date: October 27, 2020. The Dolans live by their wits, jumping freight trains and lining up for day work at crooked job agencies. While sixteen-year-old Rye yearns for a steady job and a home, his older brother, Gig, dreams of a better world, fighting alongside other union men for fair pay and decent treatment. Enter Ursula the Great, a vaudeville singer who performs with a live cougar and introduces the brothers to a far more dangerous creature: a mining magnate determined to keep his wealth and his hold on Ursula.

Dubious of Gig’s idealism, Rye finds himself drawn to a fearless nineteen-year-old activist and feminist named Elizabeth Gurley Flynn. But a storm is coming, threatening to overwhelm them all, and Rye will be forced to decide where he stands. Is it enough to win the occasional battle, even if you cannot win the war?

An intimate story of brotherhood, love, sacrifice, and betrayal set against the panoramic backdrop of an early twentieth-century America that eerily echoes our own time, The Cold Millions offers a kaleidoscopic portrait of a nation grappling with the chasm between rich and poor, between harsh realities and simple dreams. Featuring an unforgettable cast of cops and tramps, suffragists and socialists, madams and murderers, it is a tour de force from a “writer who has planted himself firmly in the first rank of American authors” (Boston Globe). Click to See “The Cold Millions” and help Independent Bookstores. Also available on Amazon.

Release date: October 27, 2020. Benson and Mike are two young guys who live together in Houston. Mike is a Japanese American chef at a Mexican restaurant and Benson’s a Black day care teacher, and they’ve been together for a few years — good years — but now they’re not sure why they’re still a couple. There’s the sex, sure, and the meals Mike cooks for Benson, and, well, they love each other.

But when Mike finds out his estranged father is dying in Osaka just as his acerbic Japanese mother, Mitsuko, arrives in Texas for a visit, Mike picks up and flies across the world to say goodbye. In Japan he undergoes an extraordinary transformation, discovering the truth about his family and his past. Back home, Mitsuko and Benson are stuck living together as unconventional roommates, an absurd domestic situation that ends up meaning more to each of them than they ever could have predicted. Without Mike’s immediate pull, Benson begins to push outwards, realizing he might just know what he wants out of life and have the goods to get it. Both men will change in ways that will either make them stronger together, or fracture everything they’ve ever known. And just maybe they’ll all be okay in the end. Click to See “Memorial” and help Independent Bookstores. Also available on Amazon.

Find books on Undiscovered Gems, Nonfiction, Racial Equality & Justice and many other topics at our sister site: Cherrybooks on Bookshop.org

Enjoy Lynxotic at Apple News on your iPhone, iPad or Mac.