“Wonder Woman: 1984” has had a bumpy road finding a release date. The DC follow-up to Patty Jenkins’ sensational 2017 “Wonder Woman” was originally meant to hit theaters last December, but the studio (Warner Brothers) switched up the schedule, pushing the movie back to a summer release date in June. This decision proved to be a poor one, though, as movie theaters closed their doors in March due to the coronavirus and most of them remain shuttered to this day. “WW84” has thus been pushed back further and further. Now, it is aiming for an October 2nd debut. 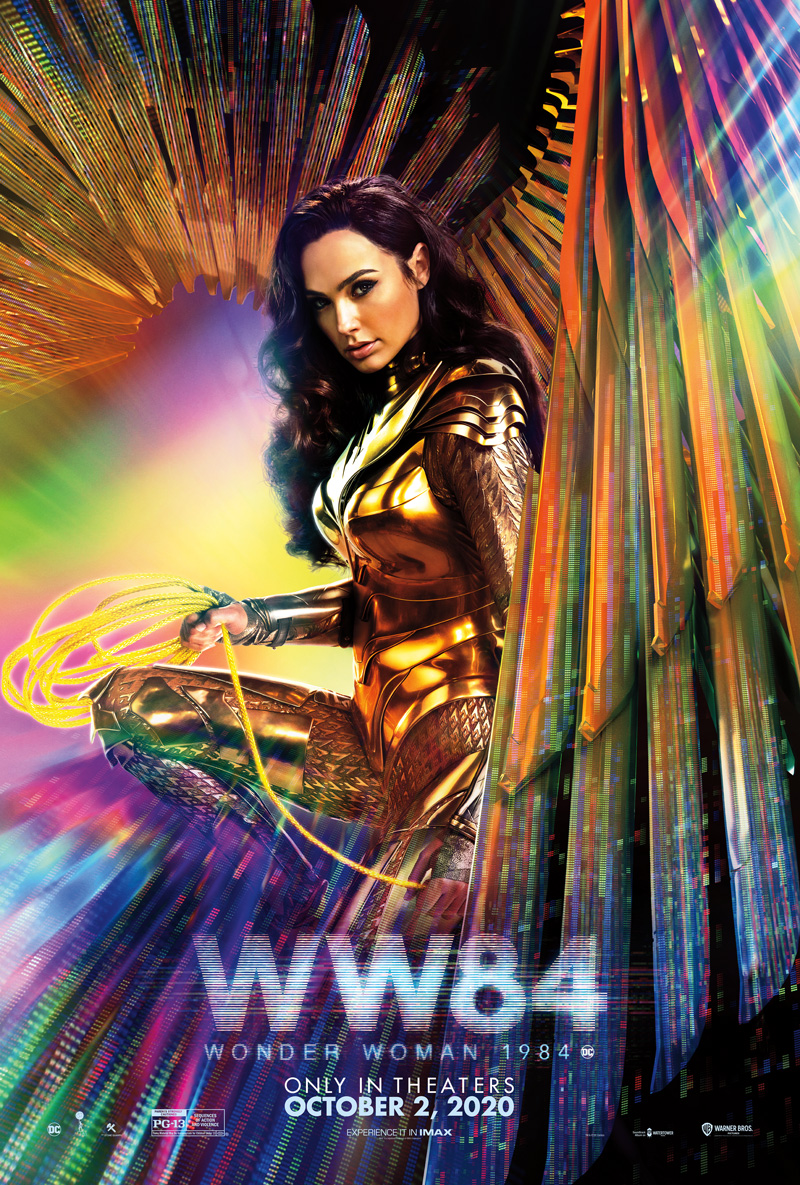 As an Amazonian princess, Gadot’s character does not age… 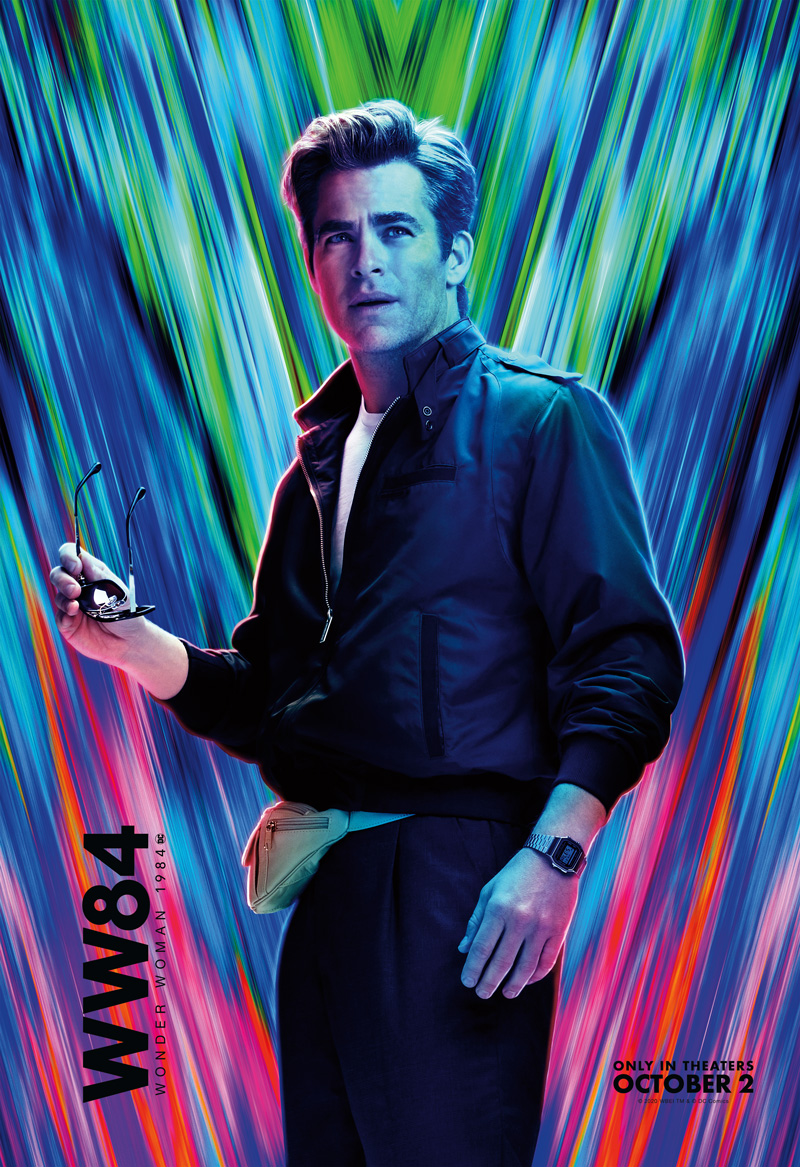 Chris Pine also returns from the original “Wonder Woman” cast, reprising his role as love-interest Steve Trevor. Conspicuously, his character unambiguously died in a plane crash at the end of the first film, but the trailer seems to find him alive and well.

Like 2017’s “Wonder Woman,” actress Gal Gadot plays the title superheroine in “WW84.” Although this is only her second stand alone film as the character, Gadot has played Wonder Woman three times in the DC Universe before—appearing in “Batman V. Superman: Dawn Of Justice” and “Justice League” as well as her solo outing.

Chris Pine also returns from the original “Wonder Woman” cast, reprising his role as love-interest Steve Trevor. Conspicuously, his character unambiguously died in a plane crash at the end of the first film, but the trailer seems to find him alive and well.

To make matters even stranger, there is a seventy year gap between the two films’ settings. The 2017 movie took place in 1918, pinning the protagonist in the middle of World War I, while “WW84” obviously happens during 1984. As an Amazonian princess, Gadot’s character does not age and thus appears the same in both films. This also explains her place in the other, contemporarily-set DC films. However, it still doesn’t quite answer our questions about Chris Pine’s more mortal character, who also appears to still be in his thirties despite the time lapse.

Being part of a superhero franchise, though, these diegetic elements are not worth getting too worked up about. Odds are the movie will explain Trevor’s return in some fantastical, but nevertheless logical, manner. After all, this is the eighth film in the DC Extended Universe. So far, the series has dealt with alien invasions in “Man Of Steel,” Atlantean societies in “Aquaman,” mystical magic in “Shazam!” and so much more. At this point, any explanation seems like fair game.

Great Throwback Aesthetic in Stark Contrast to Our Somber Times

What really sticks out in”WW84″ right now is not the diegetic loopholes, but the novel, vibrant aesthetic. With a few exceptions, DCEU movies often get criticism for their grey pallet and overly-sinister energy. Fans frequently plead for Warner Brothers to offer a bit more color and optimism to the franchise, citing Disney’s Marvel films as exemplars for comic book adaptation.

Happily, “WW84” seems to finally be taking a cue from the fans. From the rainbow tinted posters to the electrifying trailer, the movie is clearly invested in the 1984 setting. It looks like a disco-infused, fun-filled superhero flick, with quality humor, captivating visuals, and a strong cast to carry it along—Pedro Pascal from “The Madalorian” is playing the main villain! 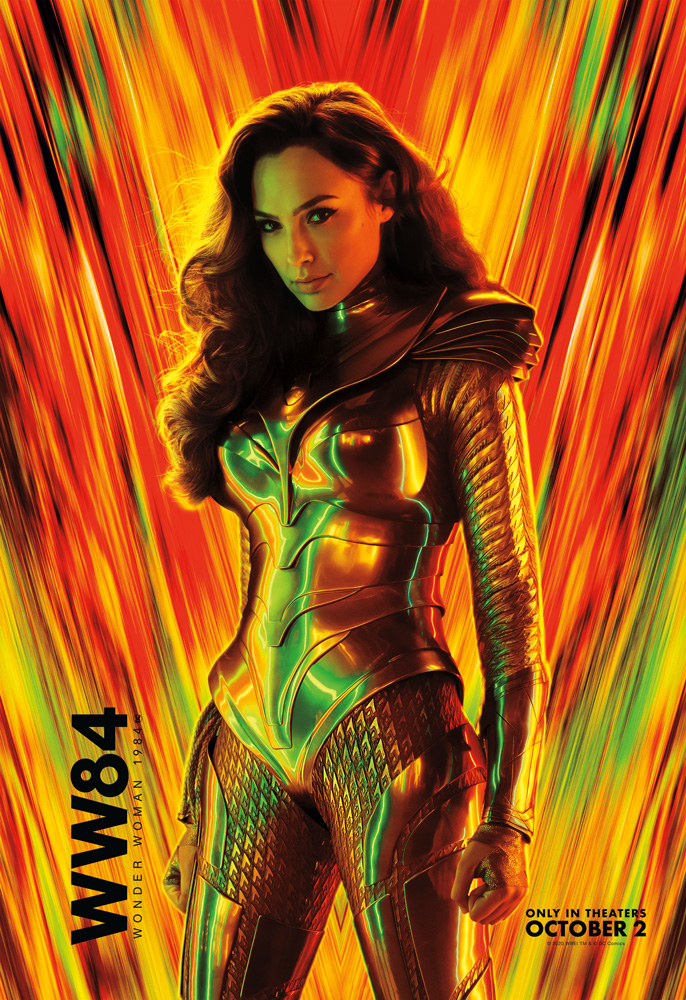 Happily, “WW84” seems to finally be taking a cue from the fans. From the rainbow tinted posters to the electrifying trailer, the movie is clearly invested in the 1984 setting.

Due to mixed reviews, the DCEU has kind of faltered in recent years. A large-scale lateral narrative in the vein of Marvel’s Cinematic Universe is not quite a plausible outlook for DC anymore. Instead, Warner Brothers has been using its DC intellectual properties to focus on stand-alone films such as “Joker” and Robert Pattinson’s upcoming “The Batman.”

However, like the franchise’s last entry, “Birds Of Prey,” “WW84” has direct ties to some of the other DC movies. Thus, the film could possibly lead into something larger. After all, “Wonder Woman” was one of the DCEU’s highest praised movies, championing a female superhero for the first time in a blockbuster film and earning over $800 million at the box office. The success of “Wonder Woman” paved the way for her role in “Justice League,” so perhaps the sequel will carry the franchise to new heights yet again…

That is, if theaters ever open.

Subscribe to our newsletter for all the latest updates directly to your inBox.

Find books on Movies, Sustainable Energy, Economics and many other topics at our sister site: Cherrybooks on Bookshop.org

Enjoy Lynxotic at Apple News on your iPhone, iPad or Mac